Posted by wally on Wednesday, 09 August 2017 in Climate Change 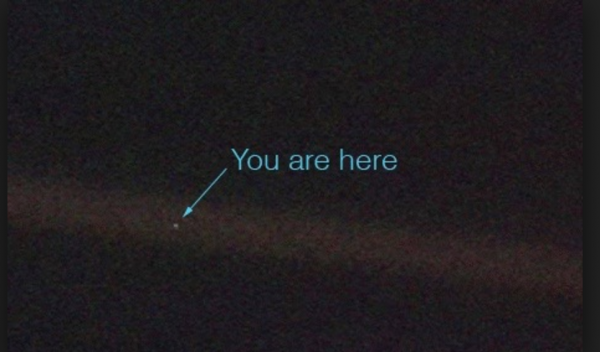 When it comes to climate change, government leaders and politicians must begin to think beyond their term limits and lifetimes. They must ask themselves not how they can serve their voters, but rather how they can contribute to our species’ progress. They must think beyond the short term economic benefits of fossil fuels, and consider the long term costs to our planet.

Climate change is considered one of the greatest threats to our species. If current trends continue, we can expect an increase in frequency of extreme weather events like floods, droughts and heat waves. All of these pose a threat to crops, biodiversity, freshwater supplies and above all, human life.

The core of the problem is that we still rely on carbon-based fuels for 85 percent of all the energy we consume every year. But as Al Gore points out in his latest TED talk, there is a case for optimism.

“We’re going to win this. We are going to prevail,” he says. “We have seen a revolutionary breakthrough in the emergence of these exponential curves.” We are seeing an exponential decrease in the costs of renewable energy, increase in energy storage capacity and increase in investments in renewables.

In an attempt to reverse the negative effects of climate change, we must reduce carbon emissions and increase reliance on renewable energy. Even more, we need to prepare for the already-emerging negative consequences of changing climates.

Winning the battle against climate change is not a venture that a few nations can accomplish alone. It will take global initiative and collaboration. Here are examples of a few countries leading the way.

Considered the most climate-friendly country in the world, Denmark is on the path to be completely independent of fossil fuels by 2050. With the most effective policies for reducing carbon emissions and using renewable energy, it is also a top choice for international students when it comes to environmental education. The nation has also developed an extensive strategy for coping with the effects of extreme weather.

Note that while Denmark is placed fourth by many rankings, including the ‘The Climate Change Performance Index 2016′,  it is actually the highest-ranking in the world. Sadly, there was no actual first, second or third place in the rankings since no country was considered “worthy” of the positions.

According to the International Energy Agency (IEA), the country installed more than 34 gigawatts of solar capacity in 2016, more than double the figure for the US and nearly half of the total added capacity worldwide that year.

Home to the international Paris Agreement and the global effort against climate change, France has for long been a global leader in climate change policy. The nation seeks to reduce its emissions by 75 percent in 2050. Thanks to the production of nuclear energy, representing 80 percent of nationwide energy production, France has already reduced its greenhouse gas emissions.

President Emmanuel Macron recently announced that the French government is inviting climate change researchers to live and work in France, with all their expenses paid. The government will be providing four-year grants to researchers, graduate students and professors who are working hard on tackling climate change.

The world’s emerging economies have some of the greatest energy demands. India’s current leadership recognizes this and has launched several federal-level renewable energy-related policies. Consequently, the nation is on the path to becoming the third-largest solar market in the world.

As solar power has become cheaper than coal in India, the nation is leading a significant energy and economic transformation. It will be the host of the International Solar Alliance, with the objective of providing some of the poorest countries around the world with solar energy infrastructure.

Sweden has passed a law that obliges the government to cut all greenhouse emissions by 2045. The climate minister has called for the rest of the world to “step up and fulfill the Paris Agreement.”

With more than half of its energy coming from renewable sources and a very successful recycling program, the country leads many initiatives on climate change. According to the OECD Environmental Performance Review 2014, it is one of the most innovative countries when it comes to environment-related technology.

Legendary astronomer Carl Sagan said it best when he pointed out that “The Earth is a very small stage in a vast cosmic arena.”

On February 14 1990, as the spacecraft Voyager 1 was leaving our planetary neighborhood, Sagan suggested NASA engineers turn it around for one last look at Earth from 6.4 billion kilometers away. The picture that was taken depicts Earth as a tiny point of light—a “pale blue dot,” as it was called—only 0.12 pixels in size.

In Sagan’s own words, “The Earth is the only world known so far to harbor life. There is nowhere else, at least in the near future, to which our species could migrate. Visit, yes. Settle, not yet. Like it or not, for the moment the Earth is where we make our stand.”

When we see our planet from a cosmic perspective and consider the fragility of our planet in the vast cosmic arena, can we justify our actions? Given the potential of climate change to displace millions of people and cause chaos around the planet, we have a moral imperative to protect our only home, the pale blue dot.