Posted by harma on Saturday, 22 December 2018 in Climate Change 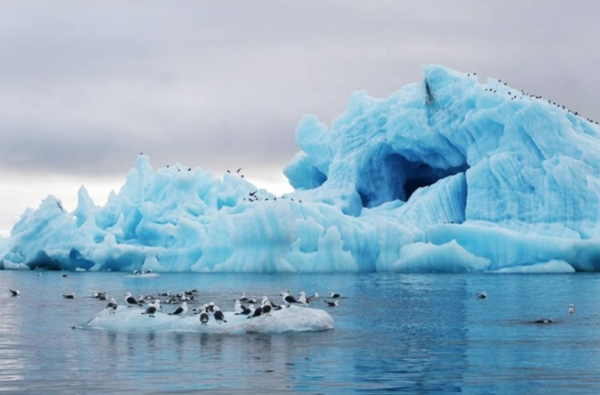 A new survey finds that the region has contributed almost an inch to rising seas since 1971.

A new scientific survey has found that the glaciers of the Arctic are the world’s biggest contributors to rising seas, shedding ice at an accelerating rate that now adds well over a millimeter to the level of the ocean every year.

That is considerably more ice melt than Antarctica is contributing, even though the Antarctic contains far more ice. Still, driven by glacier clusters in Alaska, Canada and Russia and the vast ice sheet of Greenland, the fast-warming Arctic is outstripping the entire ice continent to the south — for now.

However, the biggest problem is that both ice regions appear to be accelerating their losses simultaneously — suggesting that we could be in for an even faster rate of sea-level rise in future decades. Seas are rising by about three millimeters each year, according to NASA. That’s mainly driven by the Arctic contribution, the Antarctic and a third major factor — that ocean water naturally expands as it warms.

For Arctic ice loss, “the rate has tripled since 1986,” said Jason Box, first author of the new study and a scientist at the Geological Survey of Denmark and Greenland. “So it clearly shows an acceleration of the sea-level contribution.”

“Antarctica will probably take over at some point in the future, but during the past 47 years of this study, it’s not controversial that the Arctic is the largest contribution of land ice to sea-level rise,” he said.

Scientists in the United States, Chile, Canada, Norway and the Netherlands contributed to the work, published in Environmental Research Letters.

The Arctic is also losing floating sea ice at a rapid pace, but that loss does not contribute substantially to rising seas (though it has many other consequences). Sea ice losses closely match what is happening on land, which makes sense because both phenomena are being driven by the fast warming of the atmosphere in the Arctic, which has heated up at a rate much faster than seen in lower latitudes. Warming seas are also driving some of the ice loss.

Here’s the new study’s tally of where all the Arctic ice loss has come from since 1971: The research was performed by merging a highly reliable gravity-based measurement of Arctic mass loss from NASA’s Gravity Recovery and Climate Experiment (GRACE) satellites with older direct ice measurements, taken from the field, going back to 1971.

Separate research has recently found that the Antarctic’s loss rate has also tripled in just a decade, reaching 219 billion tons per year from 2012 to 2017.

Assuming these numbers are correct and summing them together, the world’s polar regions are losing about 666 billion tons of ice to the ocean each year — amounting to a little bit less than two millimeters of sea-level rise annually.