Posted by plantitfilm on Monday, 08 April 2013 in Climate Change 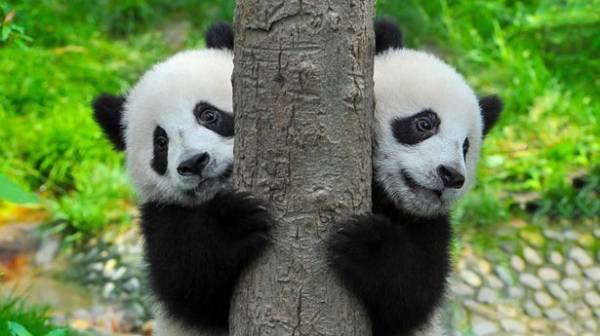 Which is more important, pandas or pinot? Researchers say that is a question conservationists and wine-growers will have to answer in the coming years as climate change sparks a hunt for cooler places to grow wine grapes, even if those places are home to sensitive animal populations.

Already, big players in the $290 billion a year global wine industry are eyeing land in northern climes as rising temperatures force them to consider growing in places other than the most popular spots in the Mediterranean, Australia and California.

But an anticipated 25 to 73 percent loss in suitable growing area in the current major wine producing parts of the world by 2050 may put water resources and wildlife on a collision course with the wine industry, researchers say.

The regions of Bordeaux and the Rhone Valley in France along with Tuscany in Italy are expected to experience big declines in suitable land area, said the study published Monday in the Proceedings of the National Academy of Sciences.

Meanwhile, much more land area to grow vineyards is anticipated to open up in western North America and northern Europe.

“When we started out, we thought this was science fiction and now we are pretty sure it is science fact,” said Lee Hannah, lead author of the study that maps how wine-making regions around the world will change as temperatures heat up.

“Mediterranean Australia and Mediterranean Europe are the places that get hit the hardest,” Hannah told AFP. “Those areas are experiencing a loss of about two-thirds of the area that is currently suitable for wine growing.”

Faced with a loss of millions of acres, some growers are switching to different grape varieties, but by 2050 many places will be simply too hot and dry for any varieties, Hannah said.

Irrigation and micro-misters could be a last resort, but a dangerous one because “vineyards may be needing to tap freshwater resources in regions where there is often not enough freshwater to go around as it is right now,” he said.

“Southern France will see a lot of declining suitability,” Hannah added, estimating an 80 percent loss in land that is suitable for wine-growing there as growers move north, shifting the basis of the country’s region-based wine industry.

California is expected to see a 70 percent loss in land area that is suitable for wine grape growing, while the greatest amount of land for vineyards opens up in the northwestern United States all the way to Canada’s British Columbia.

In these areas, from Yellowstone National Park to Yukon Territory in Canada, animals like grizzly bears, wolves, elk and moose need large spaces of land for roaming.

That means plans must be made for protecting the habitat of these large creatures while converting ranch land into agricultural regions that may need to be fenced to keep animals out, according to co-author Rebecca Shaw of the Environmental Defense Fund.

“The real call in this paper is to help us think ahead about what is coming and how we need to develop strategies for private land owners and farmers and ranchers to benefit from protecting wildlife at the same time as they grow the food that is going to feed the planet in a changing climate,” she told AFP.

Another big concern is how China will cope with the changes without harming pandas by infringing on their natural habitat, researchers said.

“Ironically, China — which is the world’s fastest growing wine-producing region — happens to have all of its best wine suitability in panda habitat,” Hannah said.

China’s forest tenure reforms that hand over control of forests to local communities could be a danger to panda habitat if those localities choose to clear the way for agriculture, including wine-growing, he said.

Most European-style wine currently grown in China originates from a peninsula near Beijing. But conservationists hope that China’s government will take steps to plan ahead and protect panda habitat in the central mountains, Hannah said.